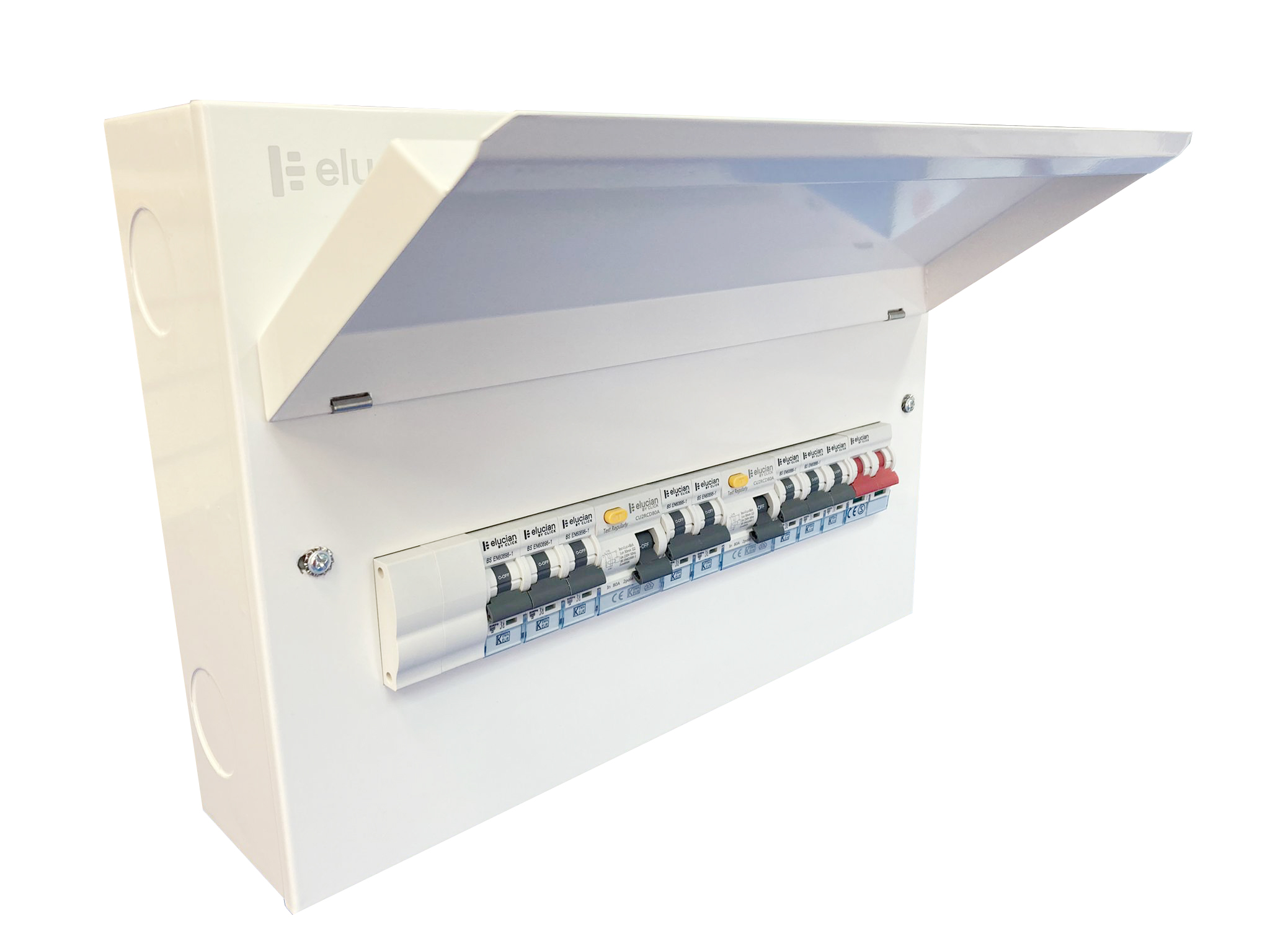 This document is written for a homeowner or domestic landlord and provides a basic
understanding of your electrical consumer unit. It is helpful to read before engaging with an
electrician if you have safety concerns or are due to upgrade your unit.

A brief history of ‘fuse-boards’
Generally known as a fuse-board back in the day given their old-style fuse-wire, it is
estimated thousands are still in use, particularly within older owner occupier households.
Stringent statutory regulations exist however if a property is tenanted, and these older-style
boards are illegal in rented accommodation.

They were built using wooden or plastic casing thus lending themselves to being a fire
hazard. They included a collection of several sized fuses with the fuse casings carrying
different sized fuse-wires, the fuse-wires were replaced if they burned out. If an
owner/occupier still has one of these boards in use, it may not be compliant and will certainly
not have RCD protection which could save a life.

An RCD (Residual Current Device) is a vital piece of safety equipment that rapidly
disconnects the electricity supply in scenarios where the alternative could otherwise be a
fatal electric shock. If you do not have RCD protection on your board, an electrician will
recommend an upgrade.

Fast forward to the mid-80s however and majority of dwellings had upgraded to a board with
RCD protection, accompanied by MCBs supplying the separate circuits. These boards were
plastic however, so chance of electric shock was far less given the RCD but the fire hazard
and toxic fumes from the plastic still ranked unfavourably.

What are they known as nowadays and what is one of the main changes within them?

Previously known as fuse boards, dis-board, electric panel plus a host of other names, they
are now commonly known as a Consumer Unit.

Several years ago, new regulations emerged, with manufacturers ceasing to make plastic
consumer units and metal clad because the new kids on the block. They have
enhanced fire protection because steel is non-combustible and consequently, metal boards
are all you can purchase.

What prompted the upgrade to metal fuse boards?

A decade or so ago, Firefighters were reporting an increasing number of fires starting inside
plastic boards. To make matters worse, these boards are normally installed under the stairs
or at the bottom of the stairs and what are stairs used for in an emergency – a primary
escape route.

Picture a scenario where you need to escape your home quickly during the night because
your smoke or heat alarms alerted you to a (fuse-board) fire, but your wooden staircase is
ablaze. Had you a metal consumer unit, it would have contained the fire far longer.

Of note is that some homeowners store in their garage a plastic container of petrol for their
lawnmower – another increased fire hazard if this petrol container is stored near to a plastic
fuse-board.

Plastic ‘fuse-boards’ are still permitted in certain circumstances and millions of us still rely on
them but as you are now aware, metal boards are safer. Some extremely safety conscious
individuals will even install a smoke alarm above their fuse-board.

Above however are just a few of the reasons Metal Consumer Units are now standard
installation practice in upgrades and new builds. We may not have much choice where our
plastic consumer units are currently fitted or even where a new unit can be installed during
an upgrade. Whether you upgrade and keep it under the stairs, upgrade and leave it at the
bottom of the stairs, or leave it in the garage, you will now appreciate that your new metal
board contributes to a far safer household.

More positives
Besides RCD’s, what other products might you find fitted inside a domestic/residential
consumer board?

1) Unless you have a very old ‘fuse wire board’, at the very least you will have
MCB’s. These are Miniature Circuit Breakers and automatically protect an
electrical circuit from damage caused by excess current from overload or short
circuiting.

This document provides the homeowner or domestic Landlord a basic review of
consumer units, without being technical. It provides you the knowledge to then ask
relevant questions in obtaining the best available outcome for your property. Only
a qualified electrician can advise you of updates in legislation and best practice on
your installation once they have visited your property.

Our range of products are forever increasing: